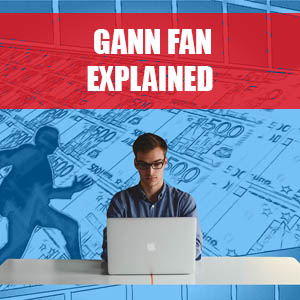 Gann Fans, created by W. D. Gann, are based on the premise that prices move in predictable patterns. Gann Fans are mainly used to identify support and resistance levels and predict future price movements.  Gann’s theory shifted focus away from focusing solely on the price, which is usually the crucial aspect of any forecast and put greater emphasis on the time factor. He wanted to find an answer to this question: “How long should an asset tend to reach a certain price, and what if it diverges from this trend?”. Ganns Fan is therefore a unique and original methodology, since it combines the two fundamental elements that regulate the movements of the financial markets in a single study, price and time.

What is the Gann fan indicator?

Before going to see how Gann’s Fan angles are built, we will immediately see what we can do with them:

As we can see from the image below, graphically, the Fan of Gann consists of a series of lines that open “fan” (precisely) starting from a point (which we will see can be a low, a high or zero). In a little while, we will see that these lines from a technical point of view will become our support and resistance levels. They are also distributed according to a precise angle (the angles or “Fan of Gann”), and this too takes on great importance, as we are about to see.

We must make an important distinction between the various angles that are formed by tracing Gann’s fan.

How to use the Gann fan indicator?

When we have traced Gann’s fan, the price will be found in every moment enclosed between two angular lines; one of them acts as a support, the other acts as a resistance.

Furthermore, depending on which angle the straight-line acts as a support and the straight line that acts as resistance has a certain force; the stronger the angle, the greater the strength of the trend.

A noteworthy thing to observe recalls what was said at the beginning. The fan lines act as supports and resistances (moreover very reliable).

Gann did not just trace the support and resistance starting from a high or a low, but he traced numerous straight lines originating from several points. Often, he did it at the same time by the highs and relative lows to study the reference period, then also by the historic lows and highs for long-term forecasts.

This is because straight lines built on highs or lows make their presence felt even after years.

Maybe for those who run into Gann’s fan for the first time, it is advisable to start with the basics and gradually add more cross fans.

Here we limit ourselves to saying that many straight lines projected by a low and a high or by several highs and lows eventually cross, indicating points of possible turning.

The primary purpose of the Gann fan indicator is to identify the pivot point (lifeline) along with potential support and resistance levels in the form of other lines originating from the highs and lows; therefore, we can trade the breakout as well as reversal from the Gann fan lines.

What we have examined here is a minimal part of Gann’s enormous workload. His techniques are still particularly complex in application, and for this reason, although fascinating, can require years of study and constant application to master.

The methods of implementing the Gann Fan indicator into a trading strategy that are outlined within this article are just ideas. I would always ensure that I have good money management, trading discipline and a trading plan when using any forex strategy.

If you would like to practice trading with the Gann Fan indicator, you can open an account with a forex broker and download a trading platform. If you are looking for a forex broker, you may wish to view my best forex brokers for some inspiration. 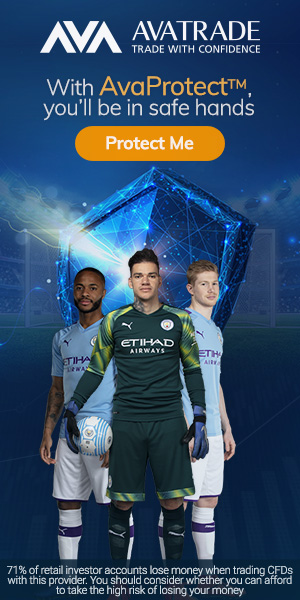