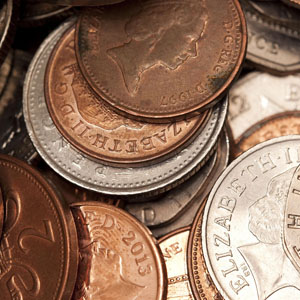 The forex or foreign exchange market is one of the most popular and liquid markets in the world. Every day, literally trillions of dollars in various denominations are bought and sold by investors.

The straightforward nature of the forex market makes it possible for even the most inexperienced of investors to make a quick profit.

However, the volatility of the forex market should never be underestimated. Given that currencies of all denominations are traded, the forex market is highly susceptible to a variety of external factors.

From social unrest to geopolitical tension and economic uncertainty, currency valuations can fluctuate wildly in a matter of hours. Because of this, it is quite possible to gain/lose millions within a single day’s trading: just like betting on the odds of the Kentucky Derby through TwinSpires.com, luck must be on your side.

As can be seen by Nick Leeson’s single-handed destruction of Barings Bank, the forex market is no place for gamblers.

This doesn’t mean that the forex market should be avoided at all costs. On the contrary, it still remains the most accessible and liquid market, making it suitable for inexperienced investors.

So, if you’re looking to trade some foreign currencies, here’s a list of some of the most widely traded currencies in the world.

Known colloquially as the greenback, the U.S Dollar is the most widely traded currency in the world.

Backed by the largest economy in the world and used as a reserve currency by many countries, the USD is also one of the most stable foreign currencies that can be held. Something which has contributed to its popularity.

Widely-accepted around the world and even used as the official currency in some countries; a process known as dollarization, the USD is a good starter currency for any investor.

Furthermore, most overseas merchants accept the USD as a medium of exchange thus ensuring a steady demand for the currency. Just like any other currency however, the USD will be susceptible to a variety of external factors.

With the 2020 U.S presidential elections looming and rising geopolitical tensions, you can expect the value of the USD to fluctuate accordingly.

Issued by the European Central Bank, the Euro is used in 19 countries which together constitute the Eurozone. Managed by a stable government and with the financial firepower of being the third-largest economy in the world, the Euro is one of the most favoured currencies on the forex market.

Investors looking to leverage on developments within the EU, either buy or sell the Euro in response to the political climate. For example, in response to slowing economic growth and Brexit, analysts predict a fall in the value of the Euro against the USD.

One of the strongest performers on the forex market, the British Pound is the official currency of England. Home to one of the largest financial centers in the world and with a historically strong performance, the Pound is a solid reserve currency.

Additionally, after the U.S Dollar, the Pound is one of the most widely accepted currencies around the world which add to their popularity.

The Japanese Yen or simply Yen, holds the distinction of being the most widely traded Asian currency. With Japan’s strong manufacturing and export economy, the Yen has traditionally been weaker as compared to other currencies.

The Yen is often used in carry trades – an investment strategy that enables investors to earn a profit from differing interest rates. Given that the Yen can often be borrowed at next-to-no interest, this makes lending extremely cheap.

From here, the borrowed money can be used to invest in higher interest yielding strong currencies to earn a profit from the additional interest.

Besides chocolates, exquisite timepieces and breathtaking mountain vistas, Switzerland is also known for its currency; namely the Swiss Franc.

Given Switzerland’s long history of neutrality, its currency is relatively unaffected by geopolitical events. This makes it an ideal safe haven currency for investors looking to hedge the value of their currencies.

As an added bonus, the Swiss National Bank has been known to actively intervene in the forex market in order to keep the Franc stable. Consequently, further enhancing its reputation as a safe haven currency.

Individual currencies have their own specific set of characteristics that affect their valuations. Thus, when investing in the forex market, it’s best to hold a diversified basket of currencies to minimize your risk exposure.

This is a sponsored article and not necessarily the views of this website.